In 2010 the Montenegrin government has passed a special compensation law to the nephew of the former Montenegrin king Nikola Petrovic. Such compensation is managed apart from the 2007 restitution law through a lex specialis which provides the Petrovics a decorous life annuity, a considerable indemnity, the restitution of some properties in Cetinje and the assignment of a large appartment in Podgorica.

If a lex specialis was adopted for Prince Petrovic then by the same token it is necessary to undertake a special provision for clearing the debt towards the Zubers, also because the credit of the latter is much greater than the credit of the Prince Petrovic. It’s proven that such debt cannot be technically managed by the restitution law which is inadequate and lacking by itself.

After the first world war Lale Zuber returned to his homeland Montenegro and brought huge private capitals derived from his business in North America and Turkey.

Lale Zuber planted business, created welfare through a thousand employs among his maritime and road transport enterprises, his private bank and collateral activities generated on the territory.

Beside Zetska shipping company he had also founded the Serbo-Albanian Bank in Cetinje in 1922, which employed many people and supported the local business.

When he bought the Power station in Cetinje he developed it in order to match the increasing demand of electric supply for the industry and the private use.

The personal investments of Lale Zuber remained in Montenegro and truly gave a boost to the Montenegrin economy of those days.

Lale Zuber was also a member of the parliament of the Kingdom of the Serbs, Croatians and Slovenians in Belgrade. 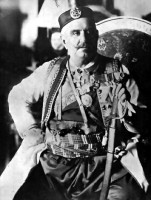 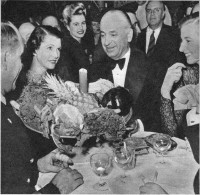 shares of the Serbo-Albanian Bank

Based on such considerations the Zubers are requesting a special measure of compensation.
Even though Lale Zuber was not a prince of the blood, Montenegro must recognize what Lale Zuber did in this country. The damage caused by nationalization of his enterprises, Zetska Shipping Company and Serbo Albanian Bank which could have expanded their operations and activities, is almost incalculable.
Montenegro had unquestionable profit expropriating and sacking our properties, the Zuber Gregovic only damages and tears.

But the time has come for full restitution and/or compensation.