The new restitution law does not consider compensation for enterprises nationalized by the communist regime, namely there is no mean of indemnity for damages caused by nationalization of Zetska shipping company and of Serbo Albanian Bank.

book about the Zetska Plovidba 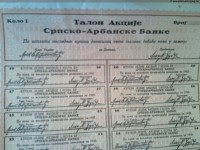 coupon dividend of the Serbian-Albanian Bank

shares of the Serbo-Albanian Bank

Seat of the Serbo-Albanian Bank, Cetinje

The previous restitution law of 2004 did consider compensation for enterprises nationalized by the communist regime, but the new restitution law (2007) totally ignores damages brought to confiscation of economical and financial activities. Lawyer Marika Novakovic from Podgorica appealed (in 2008) to the Constitutional Court of Montenegro against this legislative gap, but the Court has not answered.

The forced cessation of a flourishing maritime transportation company such as Zetska shipping company and the forfeiture of its properties (palaces, buildings, warehouses, landplots, ships), as well as the cessation of an international business bank like the Serbo Albanian Bank and the forfeiture of its properties, is a damage that experts know and can evaluate.

March 2012: Official evaluation of the assets of the enterprises owned by Lale Zuber, made by the court financial expert Mr. Zoran Todorovic, with the approving stamp of the Montenegrin Ministry of Finance.

Below you can see two units of the Zetska shipping company fleet in Montenegro, the Morava and the Herceg Novi ships, as they appeared after their sequestration. Note how the Zetska Plovidba logo was replaced by the communist red star. 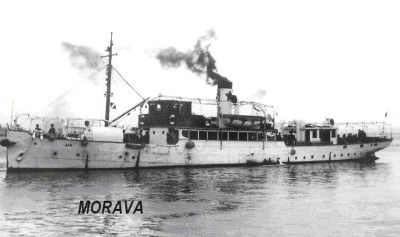 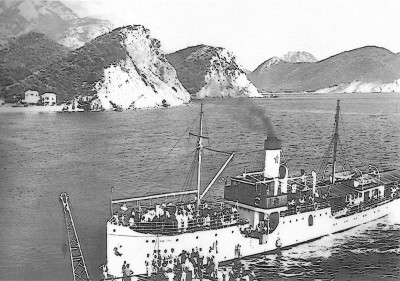