Montenegro’s new land grabs:
the haunting ghost of another nationalization

Montenegro plans to seize the entire 293 km coast to create luxury resorts without paying indemnification. Private owners will be expropriated of their land by law. In fact thanks to a new act, Montenegro will nationalize and be able to sell to third parties coastal properties, making a billions worth profit of which current private owners will not see a cent of.

If it happened in Britain or France or Spain there would be massive protests if not revolutions, if it happened in the United States owners would probably display their guns and rifles to discourage such plans. But in the tiny Western Balkan state of Montenegro facing the Adriatic sea, a NATO member since 2017 on the road to the EU membership, the action is taking place now consequently to a swift operation of the government. The law of Spatial planning approved in 2017 and its implementing rules PPPNOP (Prostorni plan posebne namjene za obalno područje) – Spatial Planning Rules for the Coast – recently released in 2018 by the MORT ministry of economic development and tourism, are on the way to get hold of the coast.

The land subject to be seized covers all area distant 1 km from the coast of the Adriatic sea having been declared of state interest. This is the most valuable and profitable part of the country. By the way the marine area facing the Montenegrin coast planned for oil drilling by the PPPNOP rules is almost double.

Private owners shall be deprived of their property through a controversial law voted in September 2017 by the ruling coalition in the absence of the political opposition parties, assuring immense revenues to its executors and zero compensation to private owners for the loss of their assets. The Spatial Planning and Construction Act speaks clearly about expropriation at art.52, furthermore its consequent implementing rules PPPNOP establish that taxes shall increase by 150% on constructible land as foreseen by the new urban plans. Owners who will not pay shall be deprived of their assets – it is written on page 252 i 253 (261,262) . The only right which is granted to owners is the possibility to sue the state at the Court, at their expenses. Needless to say, this action has low chances to be successful and is likely to get bogged down for decades in the maze of the judicial process while change of property shall be immediate in favour of constructors or contractors.

Stunning private land facing the seashore all along the coast from the Croatian to the Albanian border are under the phantom of expropriation in view of creating new luxury tourism project developments as the existing ones like Porto Montenegro, Lustica Bay, Porto Novi.

If from the spatial planning point of view the project may seem acceptable conversely it is an assault on the legitimacy of private property. It is a check on property rights because expropriation is fixed legally but compensation is not provided for property that shall be confiscated by means of the Law of Spatial Planning and/or by the PPPNOP. So expropriation becomes pure robbery, proving that the Montenegrin economy bases its resources on the exploitation of private property, a strategic and wealthy money machine. We find a similar phenomen on in wild privatization where the Montenegrin state sells assets that should be returned to its original owners as restitution claimants, keeping 100% of the profits. Consequently the restitution process of properties seized after World War II by the Communist rule is hampered by conflict of interest.

But coming back to the announced looting of the Montenegrin coast, if we exclude the urban areas on the coast, the remaining 240 million square metre facing the Adriatic Sea can actually be sold directly to third parties for any price; the magnitude of this epochal speculation can be easily figured out, wiping away the rights of legal owners just like the nationalization occurred in 1946-1948. Land that today is classified as agricultural tomorrow will be registered as constructible and easily expropriated without payment. A lot of space is left for speculation and corruption at all levels.

How is such manoeuvre possible in a Western Balkan country?

This rash and devilish phenomen on brings out the real problem at the root of the system, the grey area around the concept of property rights in Montenegro, likewise in other post-communist countries. In fact property is not defined as an irrevocable right like in western democracies but reflects the contradictions and the heritage of the former Communist system, the dichotomy between ownership and possessorship causing harmful conflicts and financial loss and the lack of an adequate obligation of repair to the owner in case of alienation.

This ambiguity affects also the business environment since private property is a pillar of the economy and its protection is an effective safeguard for investors. But in this particular frame foreign investors may also suffer the uncertainty of their property rights and consequently may face huge losses. The only investors without risks are the ones acting as figureheads or connected with government officials.

If such land grabbing took place in North Korea it would not surprise but it is shocking to see that the silent nationalization is taking place in Montenegro as a sign of the capital-communist ruling government that neglects restitution, operates indiscriminate privatization and is about to launch a wide expropriation.
Rule of law goes hand in hand with property rights. In fact rule of law can be measured by the extent of the legitimacy granted to property rights since the two are strictly connected, as told by Nobel Laureate Milton Friedman.
Failing to reconsider and establish property rights as a fundamental right not only human but also economic leaves place to compromise, corruption, misconducts and allows plenty of violations that will remain unpunished. So attention is required on such key issue.

Since the Montenegrin constitutional bodies are too weak to contrast the will of the central management this appeal is launched to international organizations and diplomacies, especially those committed to monitoring the democratization process in Montenegro in relation to membership agreements like the NATO, the United States and the European Union so that the security of property rights in Montenegro becomes a priority and indiscriminate plans may be averted. As citizens, private owners and companies see their rights violated by the Montenegrin state they rely upon the intervention of the international authorities involved with this country.

Furthermore the issue of property right legitimacy in the Western Balkans should be remembered and discussed at every relevant international institution and business forum related to this area in order to enforce the concept at constitutional and juridical levels. 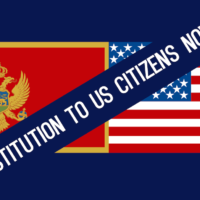 Despite a specific law ordering the restitution of their stolen property, twelve US citizens are denied their legal rights by the Montenegrin authority. 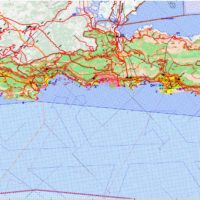 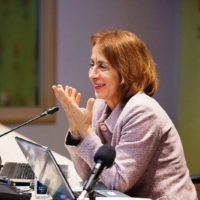